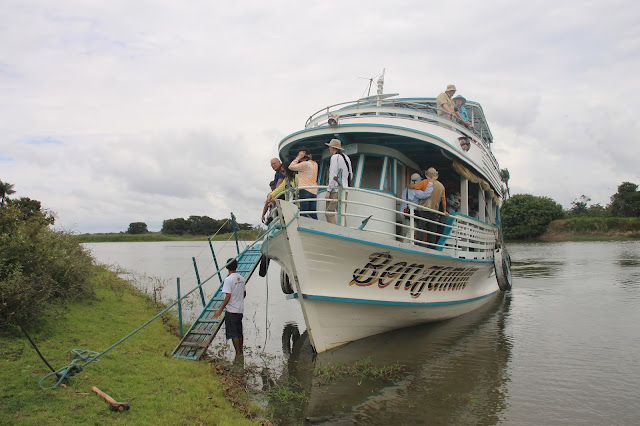 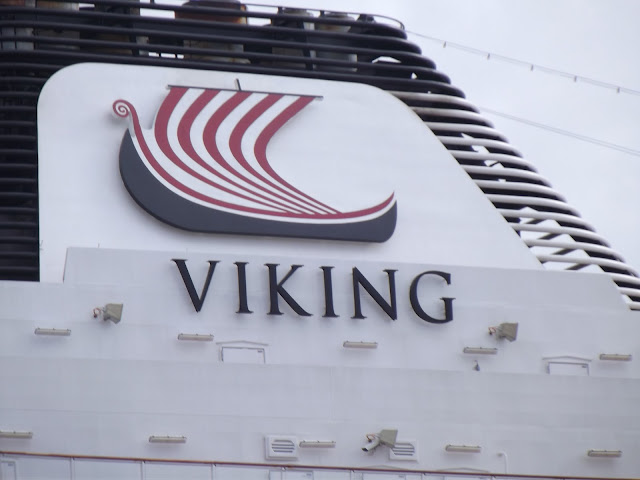 Posted by Gil Serique: Culture, Windsurf & Wildlife In the Amazon at 10:12 No comments: 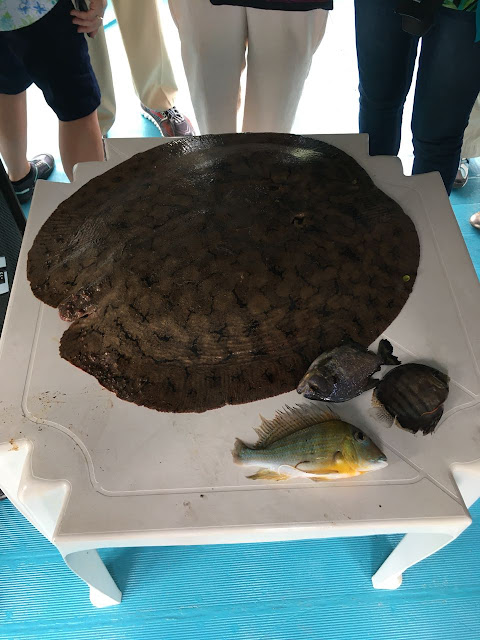 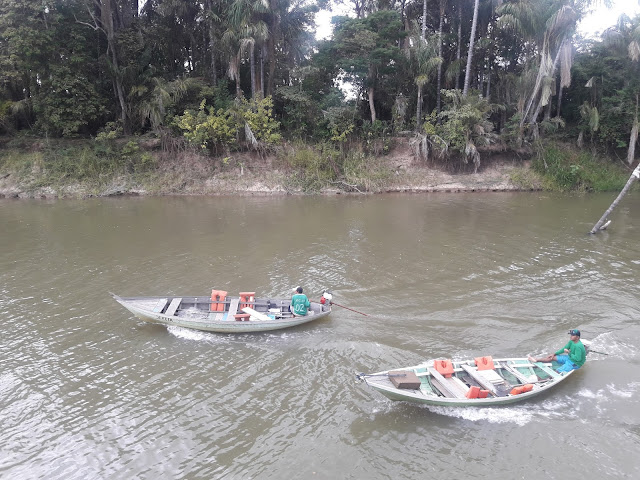 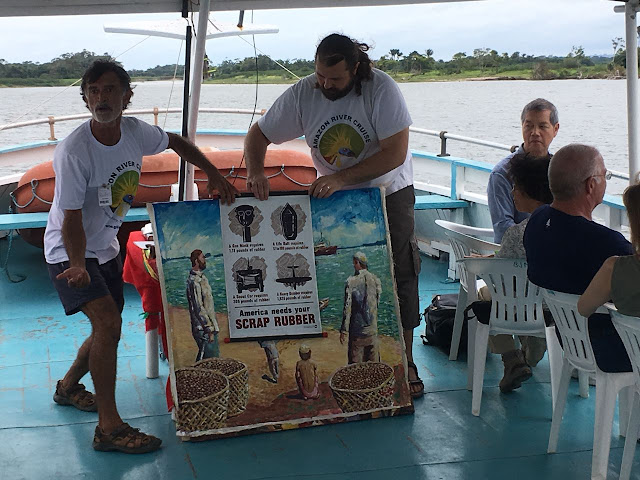 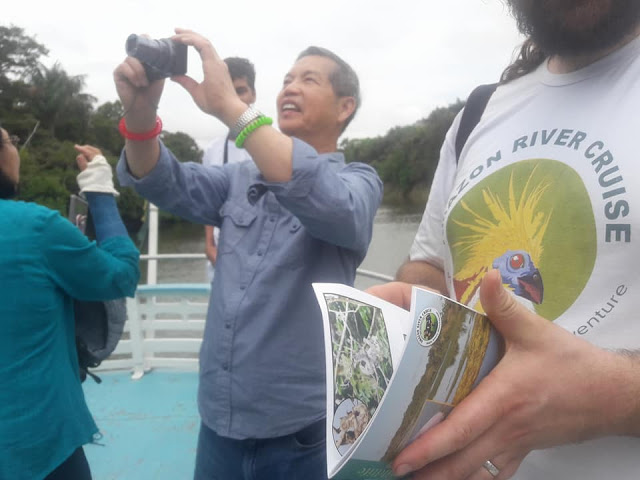 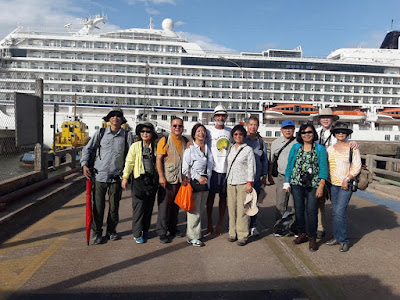 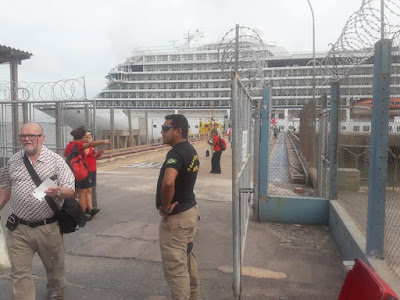 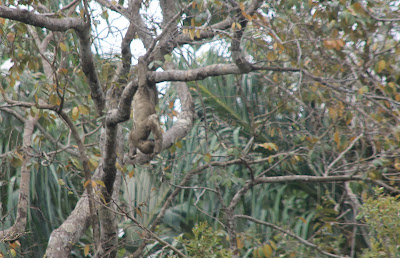 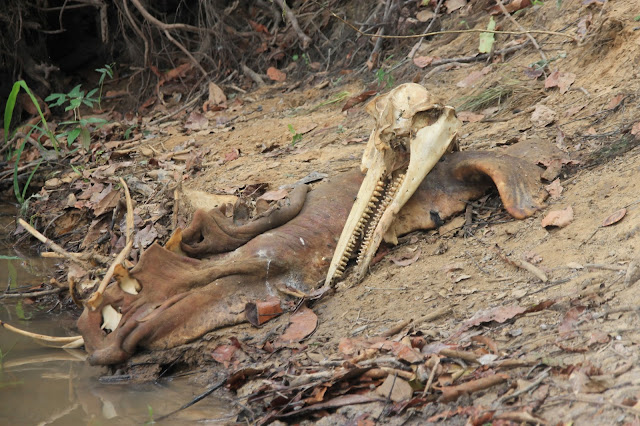 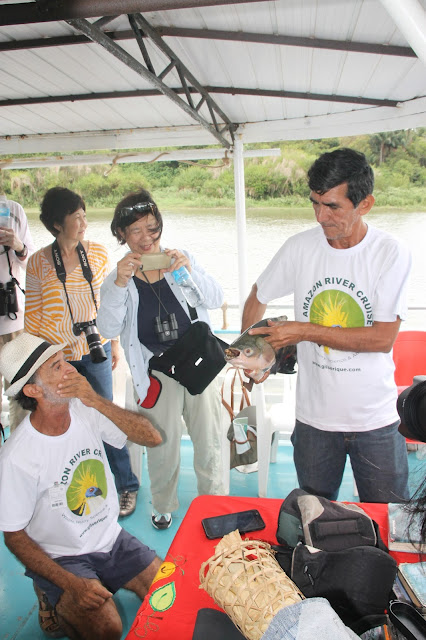 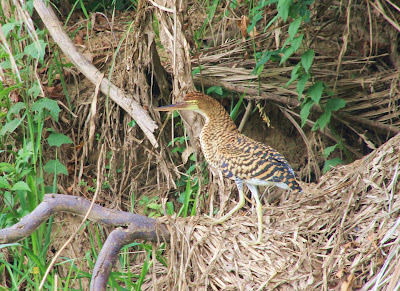 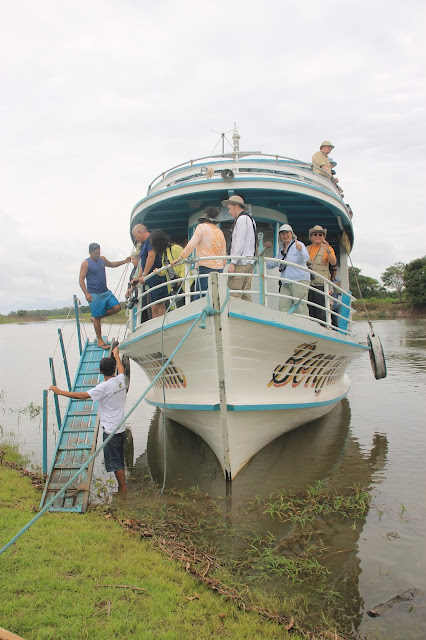 Posted by Gil Serique: Culture, Windsurf & Wildlife In the Amazon at 14:04 No comments:


Amazing 3-day trip, with incredibly passionate guide!
Just got back from a amazing, unforgettable trip with Gil and Celso Serique.
Gil is an international famous guide, who brings you to unbelievable places. We booked the 3 day tour.
Gil was waiting for us at Santarem airport to take us to his house facing a wonderful island beach. Carparinha time!

Next morning we left his place for a boat trip to Maica river ( we had time to visit the fish market, see the meeting of the waters and cruise along the city. Pink dolphins, the prehistorical hoatzin and a lot of other beautiful birds which he all knows by name and their typical behavior. We also used his little wildlife book to identify most of them. Sloths are to be seen there most of the time, but now they were too lazy to show themselves, I guess. Later that day to Tapajos National Forest, Primary rainforest! After a short hike we reached the spot to set up our camp.
Hammocks were attached to the wood giants and I started the campfire for Celso to prepare dinner. For us time to look at some howler monkeys passing by. Roasted chicken never tasted *this* good. Same for the carpirinha's.
Bedtime, or better, hammock time. Which is so much different than a bed. I hate and love them. Difficult to get your right sleeping position, but waking up in the morning, so comfy that you don't want to get out. But then, what is wrong about lying awake for a while, listening to the sounds of the jungle and gazing at the stars and the moonlight through the gaps your canopy ceiling? In case you might be worried about animals approaching the camp, there is no need to: they keep the fire going through the night.

After waking with a stiff cup of cowboy coffee we were ready for a hike.
Only Gil knows about this special spot where to see the king vultures. Beautiful birds and the whooping sound of their wings when they take off is spectacular.
During the tracking Gil just cannot stop telling interesting stories about the history of the area which once belonged to his family and is strongly related to the coming of the rubber plantations. No, he can stop talking about that, but only to point out another interesting animal, tree, plant or insect.
The track we walk in the afternoon gets us to a viewing point from where you can look down upon the canopy of the 50 meters high trees. The diversity is amazing. Some with bright colorful flowers, something you will never see from the floor.

Next day we walk to a little creek. Having lunch and just hanging out, taking pictures of butterflies and other insects that present themselves to us.

The day I rescued a Two-toedsloth 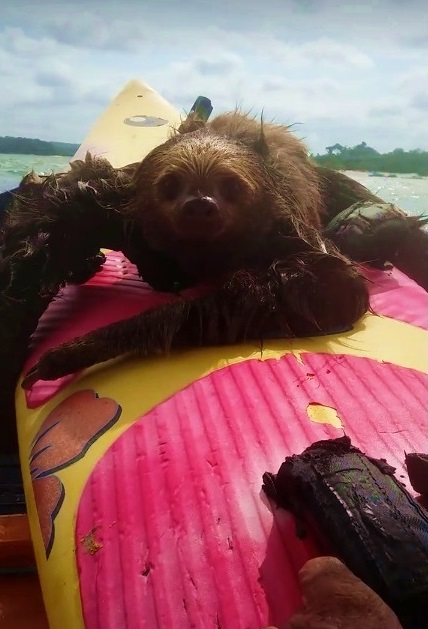 It is hard to picture a better life than the one I currently have. I live at the very best property of Alter do chao, a jolly nice village in the middle of the Amazon chosen by The Guardian as one of the best beaches in Brazil. My work gives more pleasure than eyes can see. I have a 6-year daugheter, she is a STAR!!! family friends and of course, windsurf, the best toy ever. There are many many other reasons for me to feel the happiest person on Earth. (Pause for windsurfing I will come back later).

When I was going to the beach I bumped on a couple who looked like cruisers. I aksed about the ship and I though it was bizarre that I had not group on her...

When I was returning from windsurfing I met  Sue and Stephen, from Prinsendam. Stephen is an avid windsurfer and I was was happy to share my equipo with him. After surfing he and Sue came to vis


It is about 7pm now and i just learned I had a group on Prinsendam. Ooh that is terrible. It will never happened again 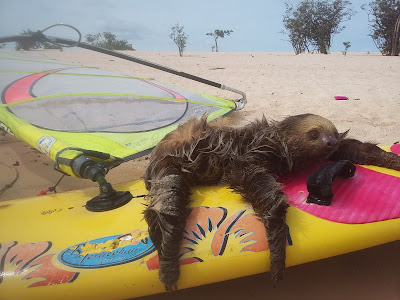 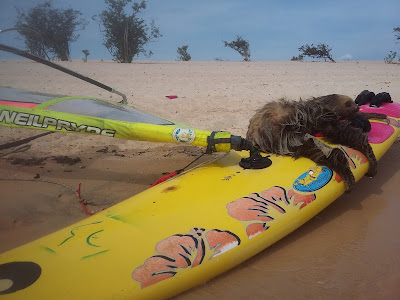 Posted by Gil Serique: Culture, Windsurf & Wildlife In the Amazon at 07:47 No comments:

Thank you for tour today it was an interesting and educational experience.  You have a great team.  All the little extras (various refreshing drinks and food snacks) were great.  Your dedication and passion for the Amazon, the people and nature is very evident!

Thanks again for a unique and memorable experience!

Posted by Gil Serique: Culture, Windsurf & Wildlife In the Amazon at 05:01 No comments:

Thank you all, thanks TA 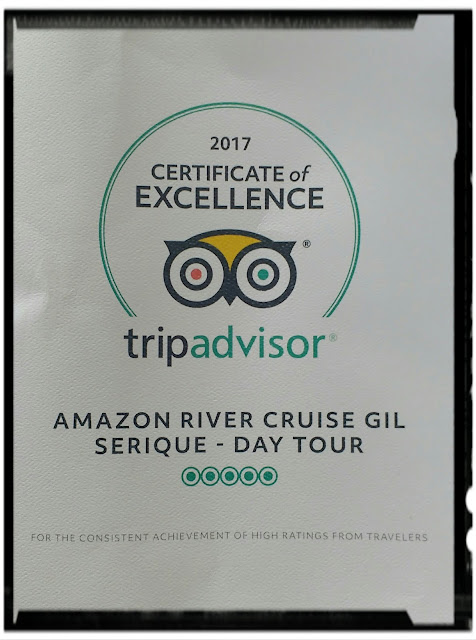 Posted by Gil Serique: Culture, Windsurf & Wildlife In the Amazon at 11:41 No comments:

Sirena at Alter do chao

We left on time to visit Terra Rica, an area that belonged to my family from my mother side.
During the 45m drive I had a chance to share the history of my families, occupation of the area, some environmental issues, contemporary history as we drive through Belterra and above all make a short hike to my new place where I do overnight camp. I have decided not to use the trails made by my grand-parents and uncles but we still visit what is left by my family, like rubbet tree plantation, cocoa plantations, the huge kapok tree where I use to play hide and seek with my cousins and my family used to store Brazilnut sheel, avocados, piquia etc. This is place is also where the had been built and there is a nice view of the Tapajos river and it is also nice to contemplate rainforest from far away. The tour has quite been emproved!!!

On the way back we drove through Belterra and finally arrived at my property 4 hours later. We spend some 20 minutes eating drink and chatting and then the group was driven back to the tenders dock only 3 minutes from my place.

I would rate the tour 9.5 out of ten, but you better wait for a review on Trip Advisor.
Below you will find some pictures and I will post a few more (actually I am working on a video which can be more fun to see. 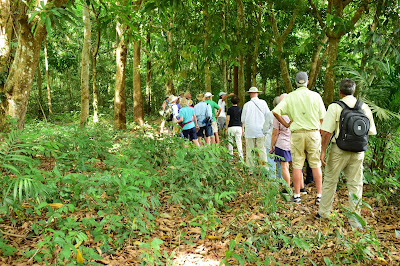 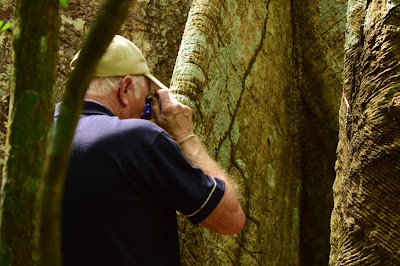 Posted by Gil Serique: Culture, Windsurf & Wildlife In the Amazon at 07:38 No comments:

Sirena at Alter do chao and Santarem

I must say that I spent many many days and nights worried about this tour with passengers from this amazing ship. The major reason was the fact that I would not get enough water in the Maica river area.
Days before the tour I had seen on Erik Jenning's s facebook some aerial pictures he had taken recently. I gave him a ring to receive several shots he had taken of the area I like exploring. Gosh, it looked so dry!!!

My next step was to get a fast boat and check in loco. I had to see it! Cruiseship passengers have only 5 hours and I value every second.
During the morning of the previous day of the tour(16th) I took a cab to (I live at Alter do chao of course) rented a car, checked in my mother's place (she loves it) and took took care of the papers to access the port. After eating lunch with my old lady and bros I drove Flora to the school and headed to catch the fast boat for checking the site.
When I was doing the inspection trip that very afternoon I met a young man who was fishing and I hired him to help me finding a nice place to hike with my guests that would arrive on the following day. We checked an area he had recently seen a 4-metre Anaconda, I did not like the area and the snake was not there anymore anyways. I checked my second favourite place but it did not look good enough, the access was not easy.
I found a place and  I actually decided to hire the young fisherman's entire family to work for me and in the end he brought his brother who brought his family as well (how cool)!

THE DAY OF THE TOUR
I dont think I slept the previous night, I was too excited.
At ninish I drove to the port to make sure all was clear with the guards, after september 11th, they act like they working at Heathrow.
When I was driving to the port I saw a young man (about 40s) with only one leg asking for a lift.
He joined me and I learned he was from Macapa (Amazon river delta area) and was planning to return home after trying an unsucceful living in Santarem.

My time at the port's office was quite brief, I saw a bunch of old and smily friends, including my dearest brother in law, they were fun to be with and extremelly effective with the paper work. When I left the office, the man with only one leg was just standing there. I offered him a ride back, he accepted it like a child accepts a lollypop.

During the ride I learned about his misfortunes including the fact that he was broke and was sleeping on the street. He wanted to go to a local radio station and ask for help. He also mentioned that he used to roast and sell cashew nuts on his original town.
I was needing someone to roast cashew nuts for the trips and offered him that work, I invited him to come and stay at home with me as well. - You know what? Let me help him better. I decided to take him on my tour!!! - Be here at noon!! You gonna love it. I told him.
We shared an orange juice and I drove to the port to meet my guests.
Two boats, over 15 people hired including Denise Maia (Raul's wife), as a photo and film maker. That could not go wrong! all my trips turn out great, that was not going to be an exception.
Sloths were seen, several pink dolphins and lots of birds. Great time, great fun. You have done it again Gil!

When I was changing dollars with a business friend of mine, he offered me a windsurf sail for free, well, he wanted me to place a sticker with his new shop logotype on it in return. I had just bought a new second hand sail and I offered him to do it for free.

Wait! The four boats had no cushions...The following day I saw this young and quite successful business man again and suggested him to share the cost with me of some confortable cushions which are actually ready, I will stick his logotype on them and the owners of the canoes, that did an excellent work will be happy have them I guess. I will get them on Monday and use on my next cruiseship tour in November.

What about the man with one leg, for god sake???
He disappeared, just like he had appeared. He was god checking me out. I hate when God does it!!! Give me a break man, you dont trust me right, come on.....Enjoy the pictures!!! 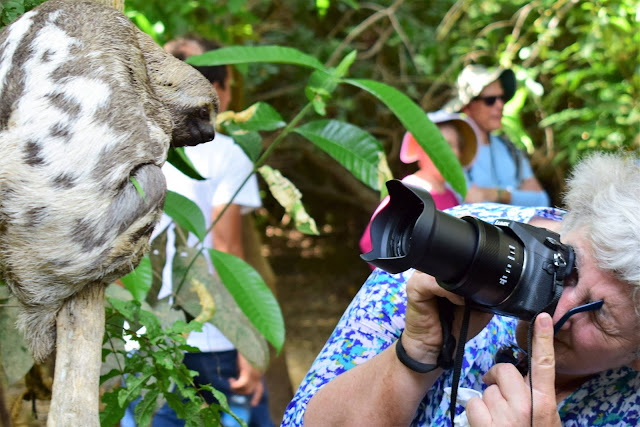 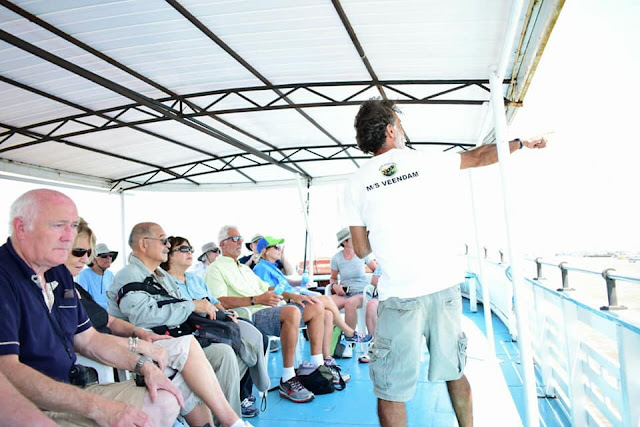 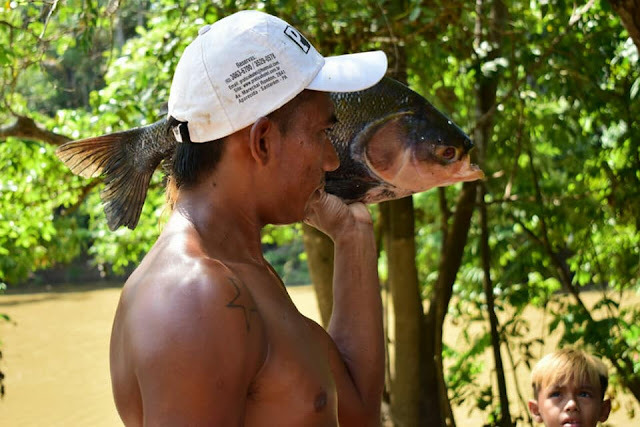 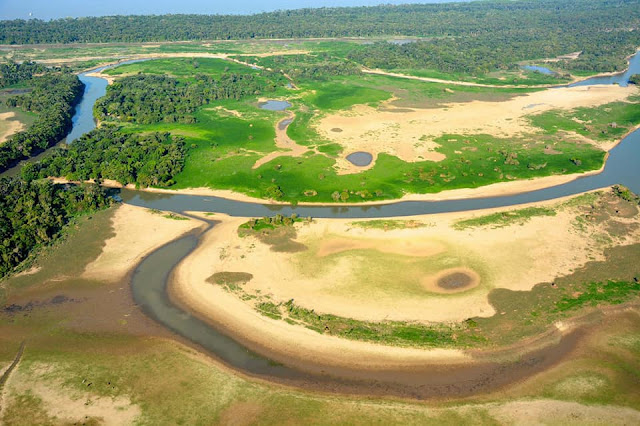 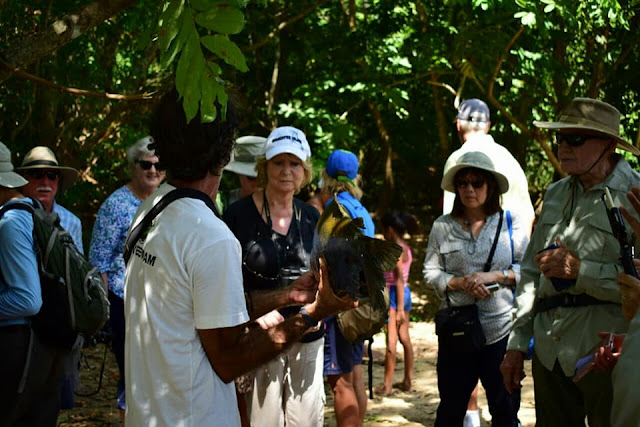 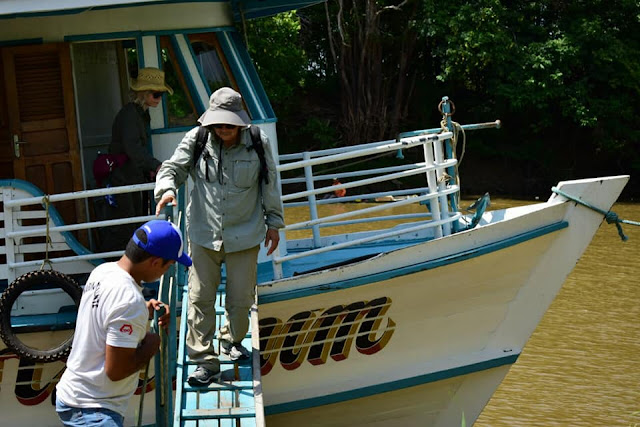 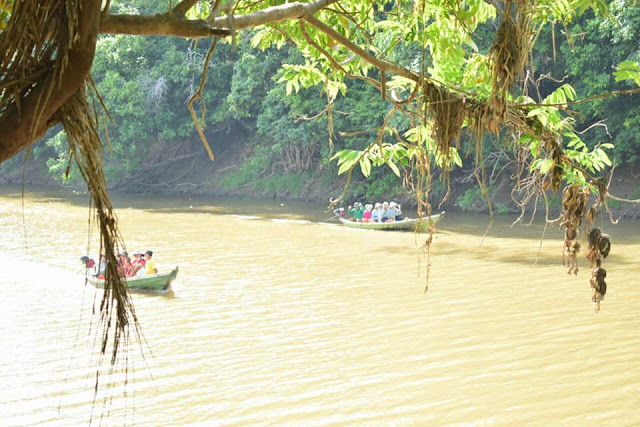 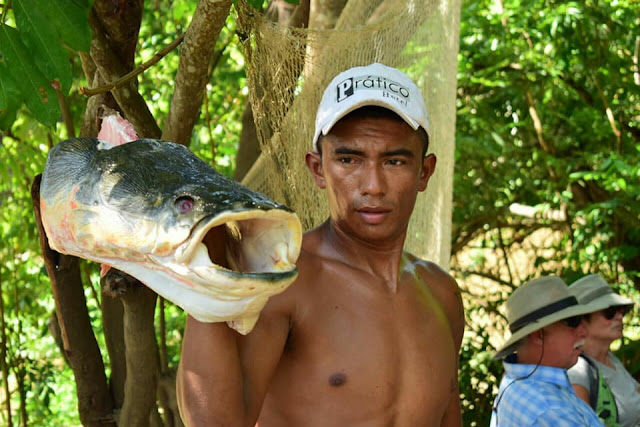 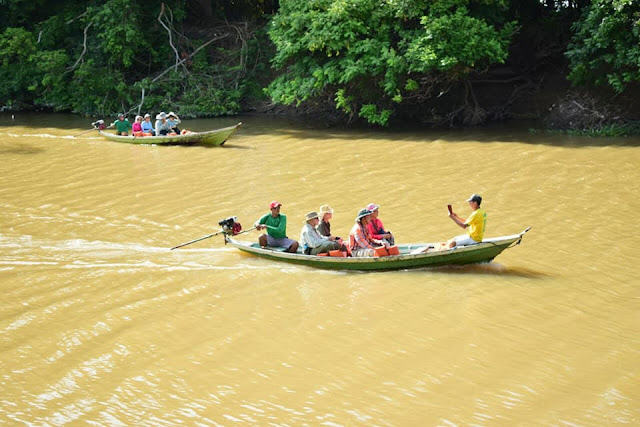 Posted by Gil Serique: Culture, Windsurf & Wildlife In the Amazon at 01:39 No comments: