Where cruiseship passengers should meet me in Santarem port

Posted by Gil Serique: Culture, Windsurf & Wildlife In the Amazon at 11:16 No comments:

New review this is an amazing one 2

“Fascinating and interesting and a great guy. Do not miss a trip with Gil.”

Reviewed yesterday NEW
Gil answered all emails promptly, and told us where to find him and how to identify him. When our ship docked he was right where he said he would be, and we immediately made our way to where the boat he was using was docked. He is such an interesting person and has had such a wonderful life, and really loves the Amazon. It comes over in everything he says. He showed us the meeting of the waters, then we went up a small tributary and left the boat for a jungle walk - a real jungle walk, not the stuff the cruise ships take you on. We saw various plants, trees and wildlife, and all the time Gil and his local guide kept us fully informed. We got up close and personal with three-toed sloths, and when we got back to the boat the crew had set up a picnic with fresh fruit, cheese, fish, and a delicious local lemon drink, followed by Chiprianas (the local rum drink) and beer. They cracked open a fresh brazil nut (which inside contained all the nuts that we identify as Brazil) and we ate these fresh - wonderful. They also roasted fresh Cashews on an open fire. We saw ship's excursion boats going past and waved at them,but they only went about a quarter of a mile further on before they turned round and came out. After our wonderful lunch we boarded Gil's boat again and from memory we probably cruised for a further 2 hours, definitely over an hour, time just passed, seeing more birds and wild-life, then, on the way back to our starting point Gil kept us entranced with the interesting story of his life and his family. We only caught one glimpse of a pink dolphin, but as with any wild animal, their presence cannot be guaranteed, and all of us agreed at the end of our month long cruise that Gil's trip in Santarem was the highlight of our holiday.
Visited December 2015

“Best Guide on the Amazon”

Reviewed yesterday NEW
We took two tours with Gil Serique, one at Altar do Chao and one in Santarém, both in December, 2015. We were on a cruise ship that went up and back down the Amazon all of the way to Manaus. Both tours with Gil were superb! In Santarém we were about 6 couples. We were picked up at our cruise ship and taken first to the fish market in town. After that we boarded a two decker boat (just for our small group) and set out on the Amazon and up a smaller tributary. During the short voyage there, we were provided with snacks and drinks. We disembarked on the shore for a walk in the rain forest where some of Gil's assistants found several animals for us to view, including a sloth. After the walk, we were provided a lunch, served on a table with chairs they had brought on the boat. The food was delicious and the drinks were plentiful. We were also provided snacks and drinks on the voyage back to town. From there we had a tour of the city in a comfortable air-conditioned van and then back to our ship.
Several days later, on the way back out of the Amazon, we had a second tour with Gil at Altar do Chao, which is where he lives, a town of about 5,000 people. There were 6 people in our tour group. Again, Gil met us with an air-conditioned van and driver. Snacks and driinks were provided. We drove throgh the rain forest for about an hour through villages and coutry-side to Tapajos National Forest, named by his grandmother. He grew up on that property. Back in Atar do Chao, we went to Gil's house overlooking the beach. He lives on the Vaughn estate, built shortly ofter the U.S. Civil War, by Confederate immigrants to Brazil. Food and drinks were provided and he gave us copies of the book he has published on the rain forest. His English is fluent. He is a recognized expert on Amazon parrots and has lectured in U.S. Universities. These two tours rank at the top of my list and Gil as the best guide ever! Highly recommended.

Posted by Gil Serique: Culture, Windsurf & Wildlife In the Amazon at 05:14 No comments: 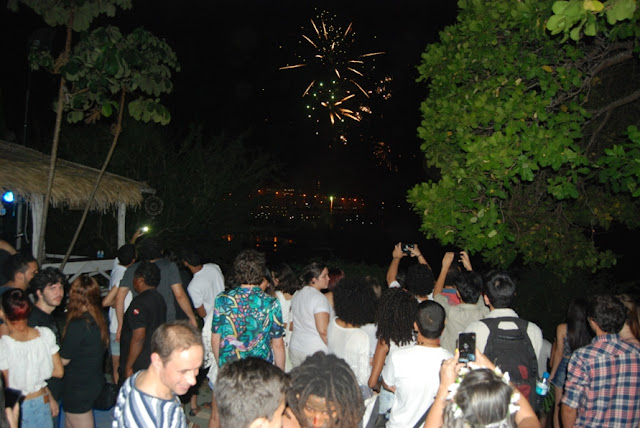 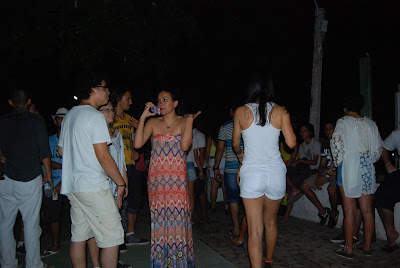 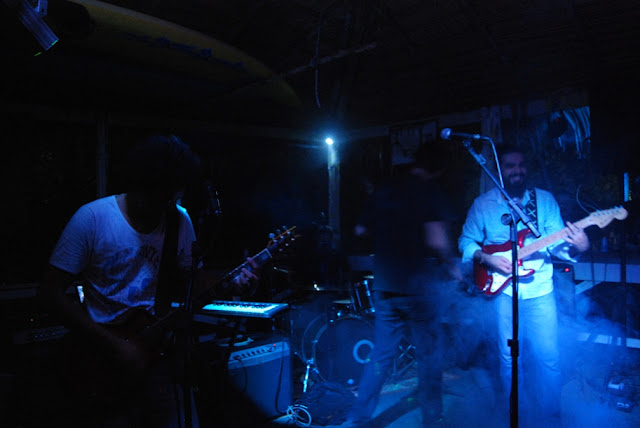 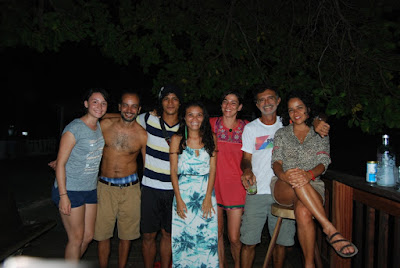 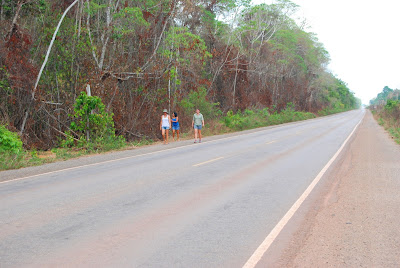 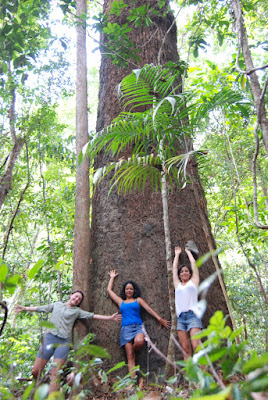 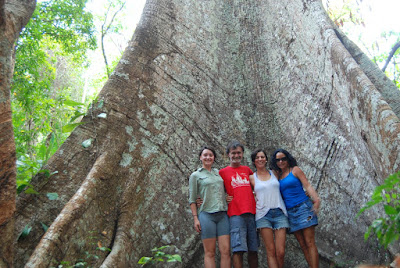 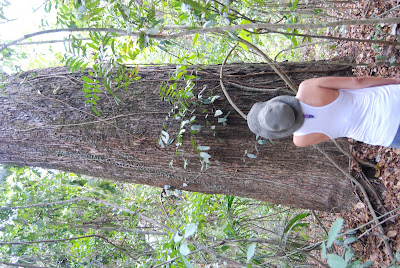 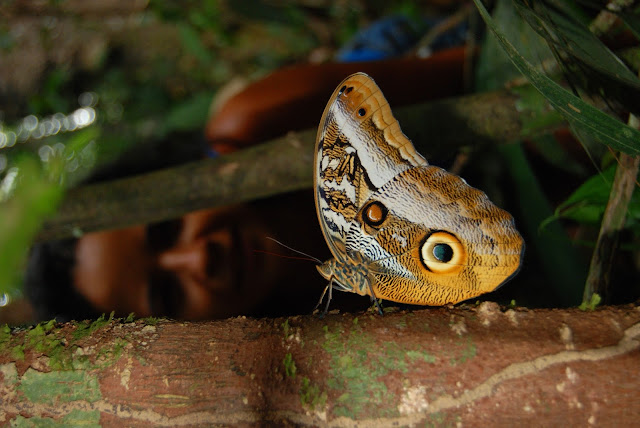 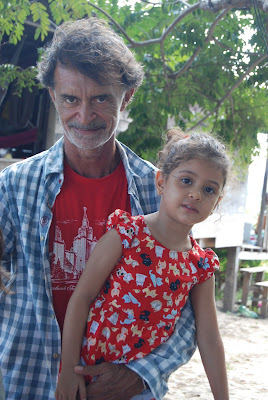 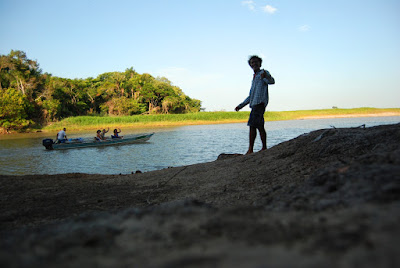 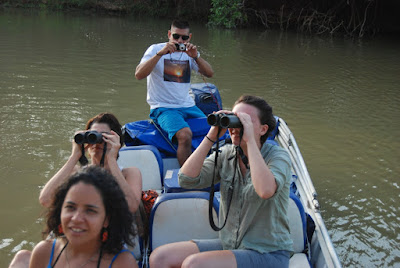 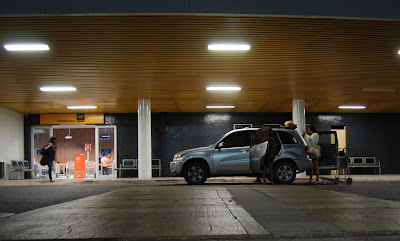 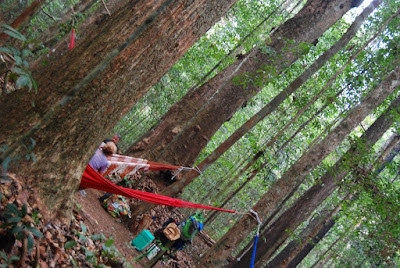 Posted by Gil Serique: Culture, Windsurf & Wildlife In the Amazon at 04:37 No comments: