BELO MONTE OCCUPIED! I WISH I WAS THERE!!! 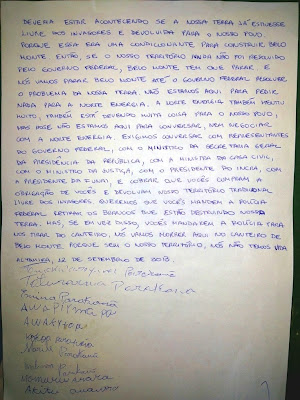 Declaration of the Parakanã People

We, the Parakanã people of the Apyterewa Indigenous Territory, are tired of waiting. We are telling the federal government and Norte Energia that we are tired of waiting for you to resolve the fact that our lands have been invaded illegally by farmers, land grabbers, miners, loggers, and colonizers who for many years have destroyed our traditional territory, preventing us from hunting, planting, or caring for our children, while threatening our people. For many years the government has said that it would remove the white invaders and return our territory to us, so we could live in peace. But the government wanted to build the Belo Monte Dam, and that they would resolve our land problem before building it- this was a prerequisite of the environmental license. We believed them, but the government lied. Belo Monte is almost complete. While our territory continues to be invaded by white people. We no longer believe the government, because the government has not fulfilled its own laws, it has not fulfilled the project prerequisites that itself assigned to Norte Energia for the construction of Belo Monte. The government does not care about our territory, it does not care about indigenous people, it does not care about our suffering, it only cares about Belo Monte. The Juruna people from the Paquiçamba territory, the Arara da Volta Grande, and the Arara da Cachoeira Seca, are also suffering without their complete territory, and we are worried for our relatives, but the government does not care. Our rights are being violated, but no one cares for this. We are tired of waiting for the good faith of the federal government. So our people, elders, women, and children, therefore occupy the Belo Monte Dam. We occupy the dam because it should only continue if our lands were free from invaders and returned to our people. Because this was a prerequisite to build Belo Monte. So, if our territory is still not returned to us by the federal government, Belo Monte must stop. And we will stop Belo Monte until the federal government resolves this problem of our land. We are not here to ask for handouts from Norte Energia. Norte Energia has also lied, it also owes us much of what it promised to our people, but today we are not here to dialogue or negotiate with Norte Energia. We demand to speak with representatives of the federal government, with the Secretary General of the President's Office, with the Chief of Staff, with the Minister of Justice, with the President of INCRA, with the President of FUNAI, and demand that they fulfill their obligations and return to us our traditional lands free of invaders. We want you to send the Federal Police to remove the whites that are destroying our lands. If you instead send the Federal Police to remove us from occupying the Belo Monte Dam, we choose to die here at Belo Monte, because without our territory, we will have lost our lives. 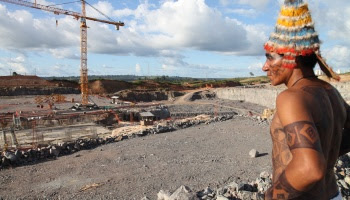 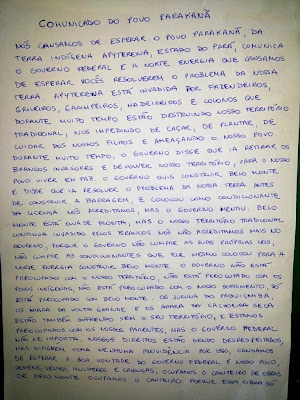 Posted by Gil Serique: Culture, Windsurf & Wildlife In the Amazon at 07:52 1 comment:

Labels: belo monte, dams in the Amazon, Dams in the Tapajos River

High & Low on the Tapajos River protesting against the dams 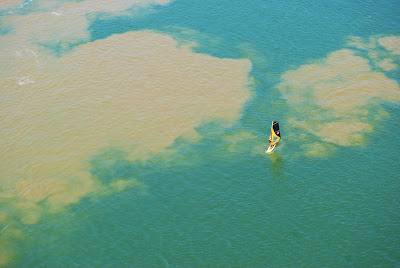 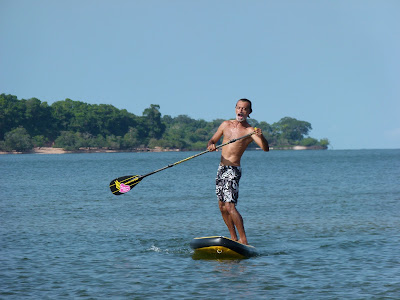 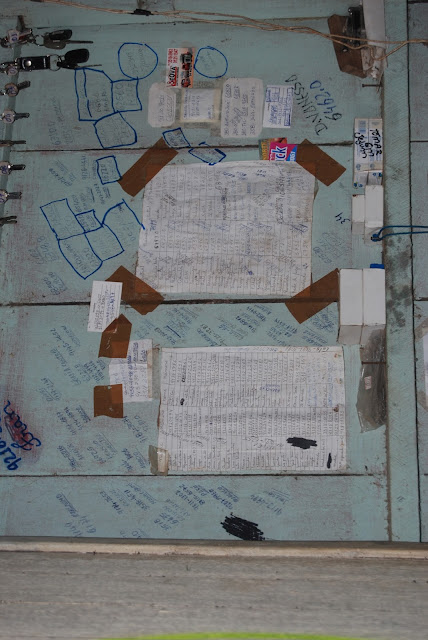 Posted by Gil Serique: Culture, Windsurf & Wildlife In the Amazon at 20:58 No comments: