As a native guide I often use my own experiences to talk about different issues. For example if I want to talk about community life I mentioned Surucua my birthplace; rubber History I talk about my grand-father Julio Serique; If I want to talk about living isolated in the middle of a big chunk of pristine rainforest I mentioned Terra Rica, gold prospection, criminality, sex whatever it is all about me, me, me. I am an egocentric in a constant egotrip and in the end an Ace Guide!!!

There is a single day story that I lived and I often share with my guests if I want to refer to the expansion of soy beans in the Amazon. I though I had publishe in my blog before but I just found on my facebook.

When Erik Jennings was still on High-school we guided together. He was also a good friend of my other brothers so we became even better friends. I guess he also wanted to be a guide but then he decided in the end to become one of the best neuro surgeons in the world, consequently the only time left for us was for fun.

I can not forget the week-day because that his only day-off...Monday, the universal day of the wind.
Two years before that I was working with Dr. Charles Munn III, protecting and studying Hyacinth Macaws in Southwestern Bahia state where soybeans was already taking over Cerrado, a habitat that reminds you the African savanna.  The capital of my country was built in it, a good portion of it had been destroy

ed already, there is almost nothing left now!!!

9AM the telephone rings, it was him.
- Let us go windsurfing buddy!!!
- I dont think I can now....
- look, if you change your mind come over to Paju.(that how we call his place).

I went back to my room, took my last puff and drove to his place, of course. How can you say no when your best friend invites you to do what you like best for god sake!!!!

The Tapajos at the time, was for sure the most beautiful river and least polluted in the world.  Paju faced its immensitude. The wind was howling, Erik had just bought new Formula...we were happy like no TWO. We were taking pictures, laughing, screaming having an awesome time.

Lunch time...it gets sort of better, he doesn't drink much, I do! I think he had some S. African wine...had some coffee and beiju de tapioca(sort of tapioca pancake)

At one point now about three he was on the phone.

- Who were you talking to buddy
- Let's go. He replied
I had never met a person with that name....

Several months ago he had taken his flying license when working as a volunteer in a foundation in Houston, TX.

We flew eastward, then south, checked a bit west then flew back north....and that is the end of a almost happy day.

In one extreme I was crying of happiness to be with a good friend having a great time, in the other end sad for witnessing how far soy beans had gone. Right on my backyard. 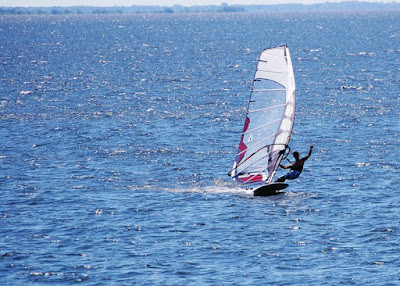 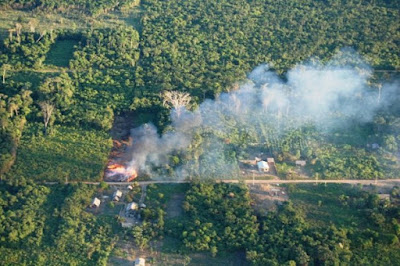 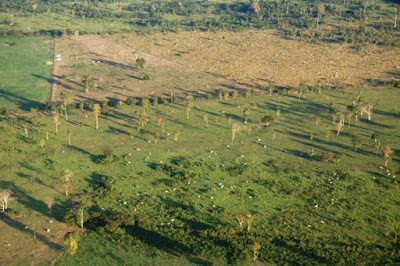 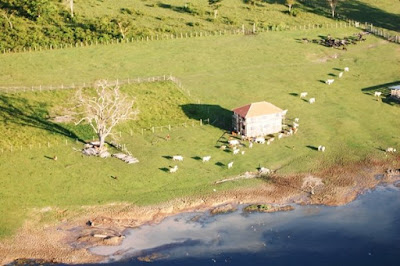 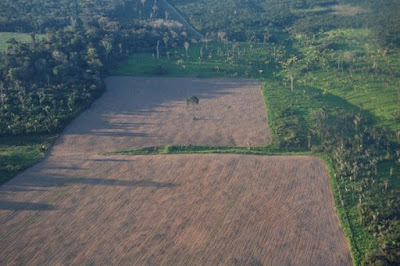 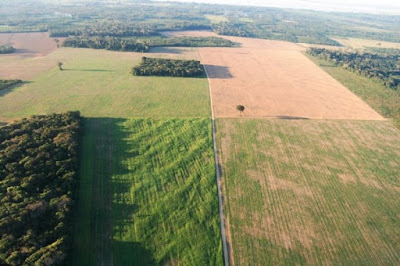 
Posted by Gil Serique: Culture, Windsurf & Wildlife In the Amazon at 06:29 No comments: 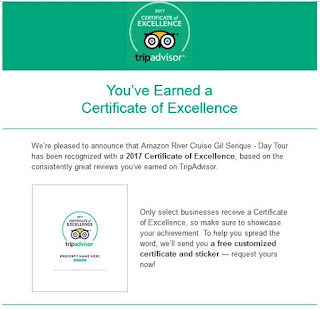 Posted by Gil Serique: Culture, Windsurf & Wildlife In the Amazon at 08:10 No comments: