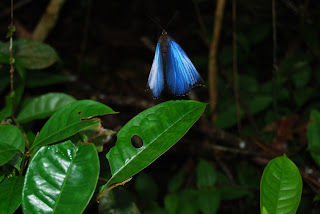 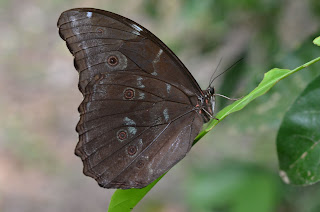 Posted by Gil Serique: Culture, Windsurf & Wildlife In the Amazon at 19:05 1 comment:

May 30, 2011 SAO PAOLO - Brazil could become a booming all-year-round cruise destination if technical concerns around South American cruise tourism policy were successfully resolved, says MSC Cruises CEO, Mr Pierfrancesco Vago.
Mr Vago, who was speaking during a panel discussion at South America’s first ever Seatrade Cruise Tourism Convention currently being held in Sao Paolo, Brazil, said “it is critical that dialogue be strengthened between the cruise sector, national regulators and decision makers to ensure the future of the continent as one of the fastest growing source markets for the industry.”
He said the cruise industry’s significant growth had set new records in the region during the last season, with six cruise lines operating twenty ships and carrying almost 800’000 guests.
In addition an Economic Impact Study, commissioned by Abremar, the Brazilian Association of Maritime Cruises had translated these staggering numbers into concrete economic impact.
Presented by the Getulio Vargas Foundation in a pre-opening session at the Convention earlier in the day, the study showed that the cruise sector was a huge contributor to the Brazilian economy, accounting for a total economic output of 814 million USD during the 2010/2011 cruise season.
But Mr Vago warned that it was not all plain sailing: “The cruise sector boom could be in danger for a number of factors: The industry’s development is threatened by unclear rules and regulations, there is a lack of competitive incentive in the operation of certain passenger terminals, there are weak and poor port infrastructures and operation costs are astronomical, all of which makes cruising in South America the world’s most expensive itineraries.
“I believe I speak for the entire cruise sector when I say it is about time we started assessing and discussing with all those wishing to engage in technical debate and consultations around these issues,” said Mr Vago who was joined on the panel by senior representatives of leading cruise line companies operating in the region.
“Brazil would certainly become a leading all-year-round destination if dialogue around these issues was successful”, said Mr Vago in closing.
The Seatrade South America Cruise Convention was also attended by a high-profile delegation of MSC Cruises Brazilian representatives. They included Roberto Fusaro, Managing Director MSC Cruises South America; Marcia Leite, Operations Director, MSC Cruises Brazil and Adrian Ursilli, Vice President of Abremar and Commercial Director of MSC Cruises Braz
Posted by Gil Serique: Culture, Windsurf & Wildlife In the Amazon at 08:47 No comments:

Jul 25, 2011
After growing 20 percent annually over the past ten years and reaching a level of 800,000 tourists annually, the pace of cruise expansion in Brazil is expected to encounter a sharp slowdown in the 2011-2012 season.
Ricardo Amaral, Royal Caribbean CEO in Brazil and head of the Association of Maritime Cruises Ricardo Amaral, Royal Caribbean CEO in Brazil and head of the Association of Maritime Cruises
The estimated expansion in the supply of beds is only 1.6%. The main reason is the infrastructure deficiencies of Brazilian ports, which have no more room for receiving large vessels. Given this scenario, it will mark the first time a cruise season will have fewer vessels than the last: 17 instead of 20.
Brazilian industry executives say that the trend, if port infrastructure remains unchanged, is for the industry to rearrange its size, because it may have grown far more than ports capacity.
“The sector's growth will slow down. There is insufficient investment in ports. The system is at the limit” says the president of the Association of Maritime Cruises (Abremar), Ricardo Amaral, also Royal Caribbean CEO in Brazil.
However Brazil’s Ports Secretariat reported that it is well aware of maritime demand growth. “The Ports Secretariat (SEP) is building six terminals for the World Cup 2014 which demand an investment of 740 million Real (approx 460 million US dollars). All projects are going to be leased out in due time and they will all be finished by 2013”.
Italy’s MSC Cruises is planning a 34% drop in the number of beds this coming season as well as in overall sales, although the percentage was not released. Adrian Ursilli head of MSC marketing said the company will be operating one vessel less, a reduction of 70.000 beds this season which will be transferred to operations in the Arab Emirates.
“Last year we transported 300.000 South American tourists of which 250.000 Brazilian. This coming season the number will drop to 200.000”, estimated Ursilli. However he also pointed out that MSC, Abremar, Brazil Ministry of Tourism have been jointly working together with other government offices to find a solution to the port bottlenecks.
Royal Caribbean is also bringing a cruise vessel less this season to the South Atlantic. It will be operating with two vessels but estimates a growth of 30% in the number of tourists since it has extended the season 20 days, which means the number of calls will increase from 44 last season, to 51 in 2011/2012.
“With less supply, there’s an overall natural tendency for cruise trips prices to increase, even more if the bookings are made at last moment”, points out Amaral, head of Caribbean Brazil, “prices could go up as much as 20%”.
Amaral revealed that according to a recent survey from the Getulio Vargas Foundation (FGV) 70% of cruise passengers are what he described as “first time mariners”, meaning tourists that have been attracted by the so called thematic cruises.
This refers to cruises that present singers, television actors, football players and even different styles of music such as ‘heavy metal’ Amaral estimates that anywhere from 10% to 20% of cruises in a season are thematic. The total number of calls for the 2011/2012 season is estimated in 386.
The FGV survey also revealed that the 2010/11 season had an economic impact for the Brazilian tourist industry equivalent to 900 million US dollars, which includes expenditure by tourists, crew members and services to vessels.
More specifically on ports’ capacity, Santos which is the most commonly used by cruise vessels, can only receive one vessel at a time at the passengers’ terminal. However the Companhia Docas from the State of Sao Paulo reported that the expansion plan for the World Cup 2014 includes increasing docking capacity to six vessels. The budget earmarked for the works totals the equivalent of 200 million dollars.
Rio do Janeiro on the other hand can currently receive up to seven vessels simultaneously and it is planned to expand docking capacity by 73%, at a cost of another 200 million dollars approximately.

Source: caribbeannewsdigital.com
Posted by Gil Serique: Culture, Windsurf & Wildlife In the Amazon at 08:39 No comments: 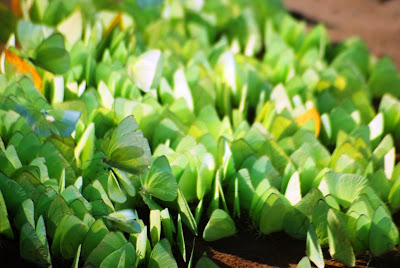 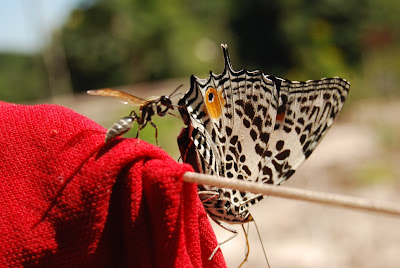 During all our way to the Suruwaha people tribe we saw many, many butterflies. It was such a beautiful trip and the journey was coloured by these amazing creatures.
Posted by Gil Serique: Culture, Windsurf & Wildlife In the Amazon at 16:26 No comments: 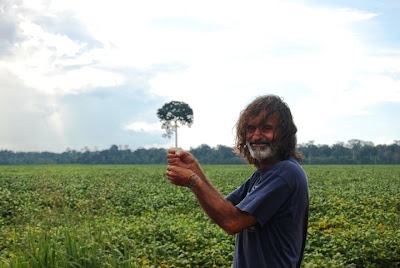 Brazil nut trees (Bertollethia excelsa) are protected by law in Brazil, but it is very unlikely that trees left standing in cattle fields or soy beans plantations will remain safe or bearing fruit for long time. They are pollinated by Euglossine bees that remain in the forest for the flowers of certain species of orquid that male bees need in their reproductive system and dont grow on Brazil nut trees. On the top of that, big Amazon wind storms eventually drop the unprotected trees.
Posted by Gil Serique: Culture, Windsurf & Wildlife In the Amazon at 10:36 1 comment:

A brief visit to a Brazil nut factory at Labrea 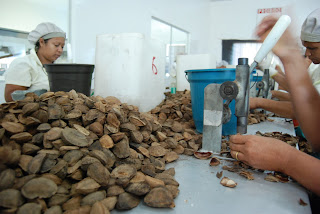 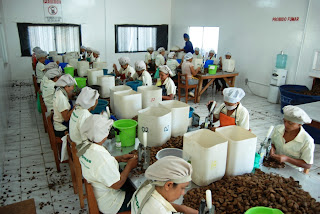 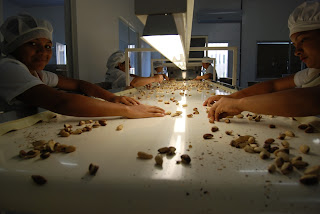 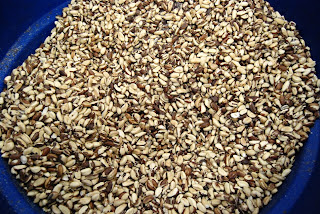 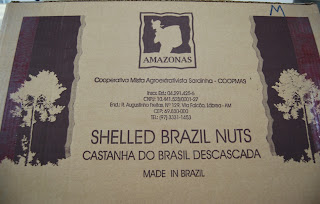 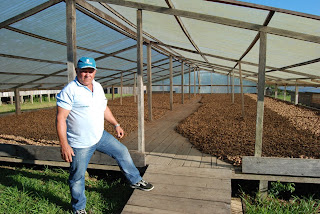 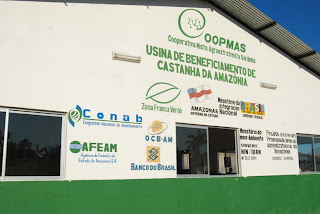 Posted by Gil Serique: Culture, Windsurf & Wildlife In the Amazon at 10:23 No comments:

Posted by Gil Serique: Culture, Windsurf & Wildlife In the Amazon at 21:01 1 comment: