Life on the Tapajos River

Story goes like: in 1989 we got together to protest against various projects funded by The World Bank, particularly the many dams to be built in the Amazon basin. We were quite successful: We managed to convinced the World Bank not to fund them and it was put in limbo for over 20 years. It took twenty years for my country to produce enough commodities and have a bank with more dosh than World Bank: BNDS: Now the Chinese and Europeans can have their dreams come true, an infinite source of natural resources! on the Brazilian side, we dream of being their best consumers, not matter what they produce from Chinese baby toys to German nuclear power plants. From the beginning: I always thought i was the happiest kid in the planet, it had to do with the fact I spent my childhood in a small village in the Tapajos River, which I think is the most beautiful and least polluted river in the world. During the 70's and 80's its fish fauna, the communities settled along it and the river itself were threatened by the intensive gold prospection in its head waters. More Mercury was dropped there than in any other portion of the world combined. But the paradise continue to look the same, and we never found traces of mercury contamination in human beings living far way from the mines. The gold industry created lots of minute-rich people, like i have a friend who has a picture with 300kg of gold behind him and today runs a motor-taxi, or Eike Batista(i dont think he is my friend) the 5th richest man in the World. The demonstration back in 80's was effective but the government is about to finish Sto Antonio dam in the Madeira River; has started Belo Monte Dam at Xingu river and will not stop until every kilowatts used to produce aluminum to China and some European countries is sparked. Recently it has started the complex in the head waters of the Tapajos river. When I think back in 1989 when Tuira, a member of the first nation to be affected by Belo Monte shaved the president of eletronorte with her machete, making him shit in his pants, i wish she had slightly chopped his head. These guys will never learn the lesson, unless the lesson is really practical. 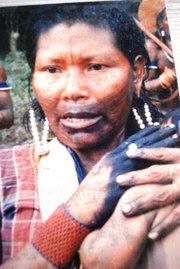 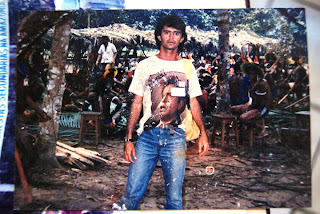 By building the dams in the Tapajos river, most of the mercury dropped by gold prospectors will be 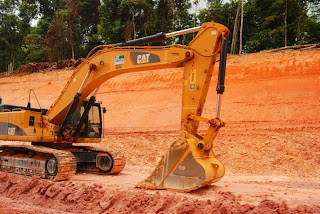 removed from the bottom of the river; many first nation communities will be affected and so the fish fauna, one of their main source of proteins.; The tourism industry will be affectedd since the Amazon River will most certainly replace many areas in the Tapajos river, including Alter do chao, one of the most beautiful places in the planet. What the duck can be done now?? We have to stop these dam projects!
Posted by Gil Serique: Culture, Windsurf & Wildlife In the Amazon at 10:25 No comments:

Posted by Gil Serique: Culture, Windsurf & Wildlife In the Amazon at 12:32 No comments: